What is the difference between a native mobile app vs. web app?

The simple answer is a native app is built using the phone operating system's code and the other is basically a website.

A native mobile app is one that is installed directly on the smartphone and can work, in most cases, with no internet connectivity depending on the nature of the app. A web app works via a web browser on the smartphone but requires either a cell signal or wi-fi to function.

As an agency that primarily works with saas and software companies, we are no stranger to the challenges and benefits of both native and web apps and identifying the right choice for your app’s intent.

Before we get started on native and web apps, let’s identify why making the right app choice for your business is a key decision. It’s no secret that apps and mobile experiences have become a larger share of how people browse, shop, and interact with companies. 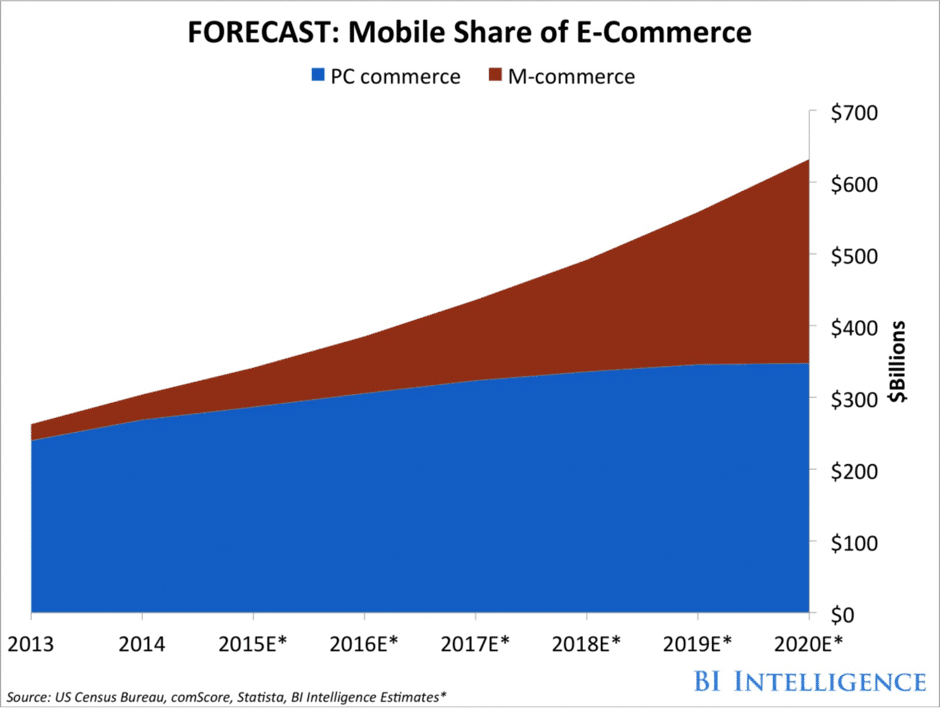 A user-friendly app experience is crucial to business success as the world rapidly moves more towards mobile experiences.

Now let’s get into native apps vs. web apps.

What are the Benefits of Native Apps?

The benefits of the native app are that it can work independently of the web, but most are pulling information or function from the web. There is an aspect of “behind the scenes” in the native app that is presenting web content within the app itself sans browser. The native app can work much faster by harnessing the power of the processor. and can access specific hardware like GPS. In some smartphones, the app can control devices and act as a controller itself.

Native apps are built the way the name indicates - to natively work with a device’s operating system. Because native apps are developed to communicate seamlessly with devices, they typically operate at a faster, smoother pace than web apps.

Native apps exist on a user’s device. This means the app doesn’t need to be connected to a network to access the app! Since all the information already is integrated into the device, it’s possible to work offline, a functionality not possible at all with web apps. On top of that, since native apps are on the phone, they are regularly working in the background, processing data and updating even when the app is not in use.

While native apps have to go through the grueling process of getting approved to be accessible via app stores, this process gives users peace of mind. App security is held to a certain standard for apps that exist on app stores, so there’s a higher level of safety and security that comes with native apps.

What are the Downsides of Native Apps?

While native apps have some incredible functionality and features, there are disadvantages to embarking on building a native app.

The nature of a native app is that it’s built to function on specific devices and operating platforms. To build a native app in a device and platform-friendly way typically means that the device will have to be built completely from scratch. The app will need to be designed, architected, and developed from the start, which costs both time and money.

Native apps also come with a hefty price tag. Due to their highly specific nature and optimization by device, they cost much more to build than web apps. The cost of native apps increases due to the complex nature of this type of app. App development price increases the more features and attributes need to be built for it. If a native app needs to do things like use GPS, push notifications, payment processing, and other in-depth features, the cost will increase.

Not only is a native app costly to build at the beginning, but native apps are expensive to maintain and update as well. The upkeep of a native app is costly because the app itself is complex, and will change over time as developers iteratively update what works best for users. Users ultimately determine an app’s success, so the (obvious) goal is for the app to be as user-friendly as possible.

Once the app is actually designed and developed, there’s a new hurdle to jump over: getting that app somewhere users will be able to find it. Getting a native app approved by the app store can be difficult to accomplish. Luckily, there are plenty of tips out there to help make your app dreams a reality.Appypie has some great tips on what to consider to get your app in a place where your users can download it.

What are the Benefits of Web Apps?

The web app has the fortune of being used on various devices with the only requirement being a web browser and an internet connection. As long as the web app is written for cross-browser compatibility then you’re a go. The dilemma is that in contrast to the native app, it requires internet access and its operation speeds are dependent on the quality of cell signal or the speed of the wi-fi broadband you are connected to. This also alludes to the fact that you have to be in the range of either connection. You might not be able to use the web app inside of buildings or in lower-level facilities. One other issue is you won’t have access to internal hardware such as GPS and other connectivity.

Anyone can use a web app! A user doesn’t need to commit to using space on their device to use a web app. A web app can give a user a peek behind the curtain of what your business offers, with no obligation to download an app. Since web apps function in the browser of a device, any user on their browser can access at any time.

Web apps are considered by many to be faster and easier to build than native apps. Past that, they’re also considered cheaper to develop. This is because there is generally more familiarity among developers with web app technologies.

Another benefit is that web apps typically have a form of a Content Management System involved which makes the web app simpler to upkeep over time. The simplicity of build due to not being optimized for individual devices and operating systems means that web apps have a common codebase.

No app store approval delays for web apps! Web apps can go live for users whenever you decide it’s ready. Web apps are the quickest way to get an app launched in a pinch.
What are the Downsides of Web Apps?
The beauty of web apps is how they’re easily scaled across users. However, this benefit comes with some disadvantages due to the nature of web apps.

Web apps do not work offline. Because the only two requirements to use a web app are only a web browser and internet connection, if that internet connection isn’t present, the app won’t work. There is no offline functionality whatsoever for web apps.

Lack of offline functionality isn’t the only functionality web apps don’t have. Overall, web apps are less advanced with features that are available on these types of apps. Due to not being integrated with a user’s operating system, there is decreased functionality to use advanced features like GPS, camera, etc.

In addition to a lack of functionality, web apps are typically slower than mobile apps. Web apps are developed targeting browsers. The benefit of this development method is that they can be multiplatform, but this method also incurs a performance decrease. Because web apps target browsers, they are not optimized for any particular device’s platform architecture. This development method means that each action taken gets mediated by an extra layer of processing since the app communicates through the browser and not directly through the operating system.

Web apps don’t have to conquer the hurdle that native apps face about getting approved for app stores. Web apps aren’t on app stores at all. The downside of web apps being accessible through browsers is that this makes them less discoverable than native apps. Since web apps aren’t listed on specific databases, they are less likely to be “found” by users.

Users reap benefits by downloading apps through a regulated app store. App stores determine that an app is secure enough for users to use through their approval process. Without this regulation, security is not guaranteed.

Similar to security concerns and lack of approval process for web apps, quality isn’t always guaranteed. Web apps have a higher risk of being less user-friendly due to being able to evade the rigorous app store vetting process. 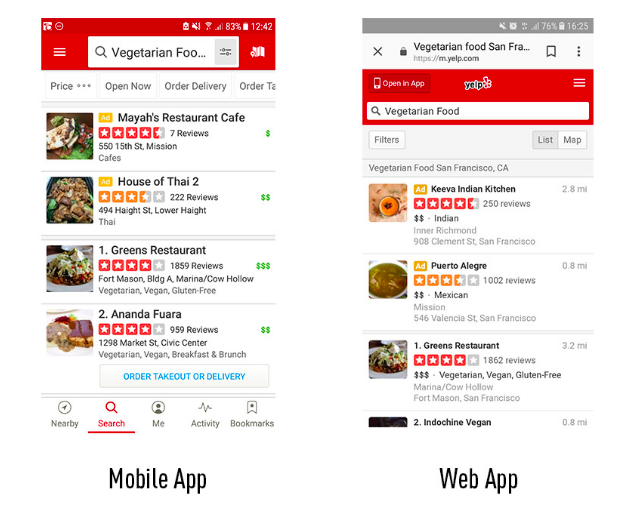 So it comes down to whether you want to sacrifice function for ease of porting to various devices.

Both web and native apps have advantages and disadvantages. The right choice needs to be made on a case-by-case basis depending on what the needs, functionality, and scope for your project are. An infographic by Clearbridge Mobile helps paint a picture to help point you in the right direction for your app.

Two questions to ask yourself as you embark on building your app and making the right decision:

At the end of the day, your users need to be provided a seamless and beneficial user experience, no matter what app type you build.