We delivered compelling yet concise market positioning for a complex solution

Gojek, a multi-billion dollar app based in Jakarta, is considered Indonesia’s first ‘Decacorn’ and has over 170 million users who utilize their services as both consumers and merchants.

Hyper-growth comes with some tough challenges.

The positioning of GoBiz became complex and confusing.

Gojek’s GoBiz division is focused on serving its small business merchant users, enabling them to run, grow, and analyze their businesses. However, GoBiz experienced challenges in growth; in particular, it encountered issues with clearly conveying the value of the Super App to potential merchant users.

Insivia was brought in to redefine the brand, so it could be presented and understood more intuitively and with greater clarity.

We worked closely with the GoBiz Product Team through our Brand Strategy consulting.

Typical to most strategic engagements, we were able to provide unique insight across the organization to lead conversations around their long-term and short-term business strategy to eventually completely redefine their offerings and go-to-market strategy.

We knew that simplifying the messaging to eliminate confusion was paramount

Since the majority of small business merchants who were not using the app did not need more complexity in their lives.

The main mission was to underscore the primary benefits of GoBiz in a manner that would remain viable regardless of the Super App's fast and constant evolution.

While breaking down the way GoBiz had been positioned, we realized that the naming convention was inconsistent, and that the modules and sub-product brand names contributed to the confusion, as opposed to making the Super App more intuitive.

To solve this, we sought to understand the merchant target audience-- its pains, barriers, motivations, and buying factors. From there, we re-organized and re-imagined the way that GoBiz articulated its value proposition.

"Pretty awesome, I can't believe it! Insivia solved a complex brand challenge we were faced with as we continued growing.

For months my team and I have struggled to find just the right solution for our perpetually complex branding problem.

Insivia then came in and helped us to bring a structure that is flexible enough to play around with, yet is solid enough to become a foundation for our group of brands.

Thank you so much Insivia!"

As we distilled what made GoBiz most compelling to its merchant users, we realized that value was delivered by helping these small businesses achieve three primary goals:

Grow, Run, and Visualize became the three categories in which the messaging hierarchy was re-structured to simplify the complexity in the Super App’s product breadth and hierarchy. This simplified the GoBiz messaging to be easily and quickly comprehended by its potential customers.

Additionally, we redefined the brand voice which made GoBiz more personal and accessible to its small business users by moving away from a focus on technology and more towards the day-to-day authenticity of running a business. 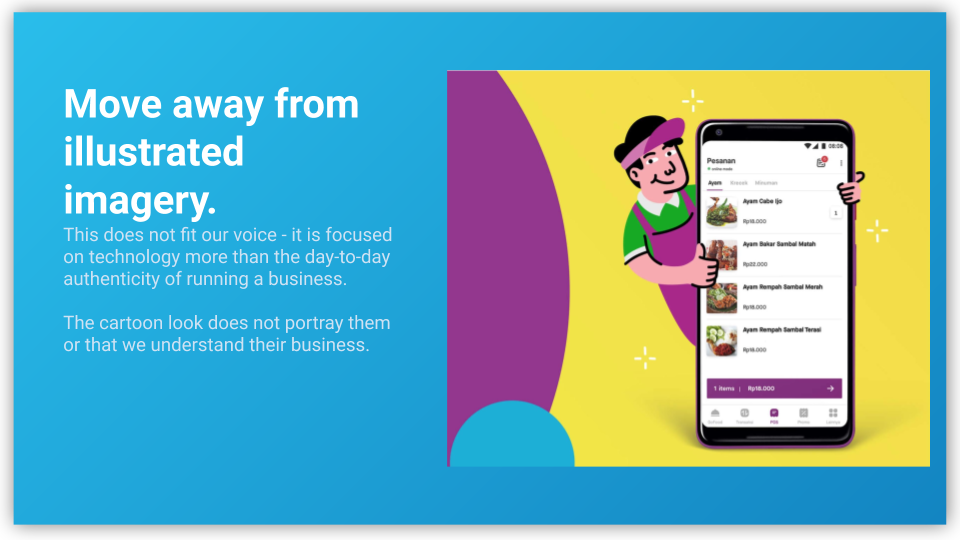 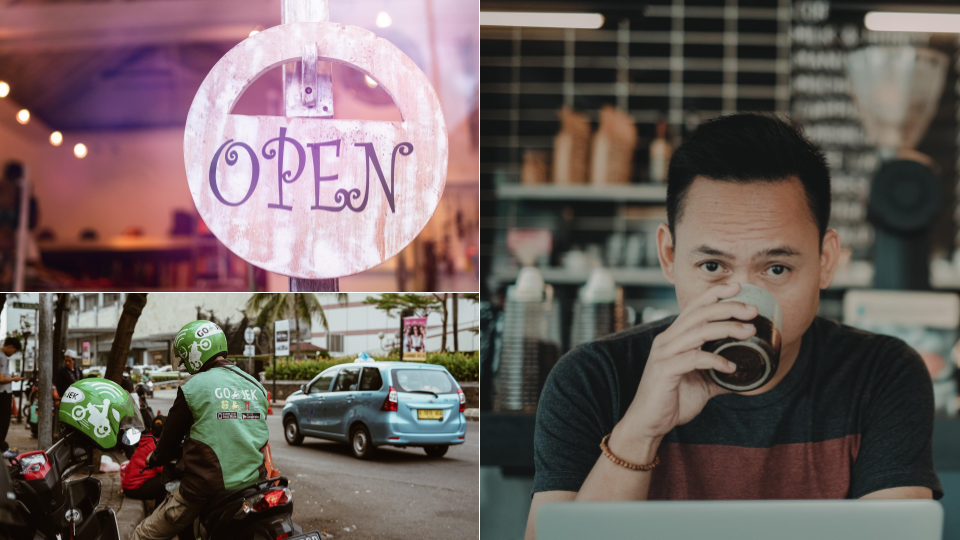 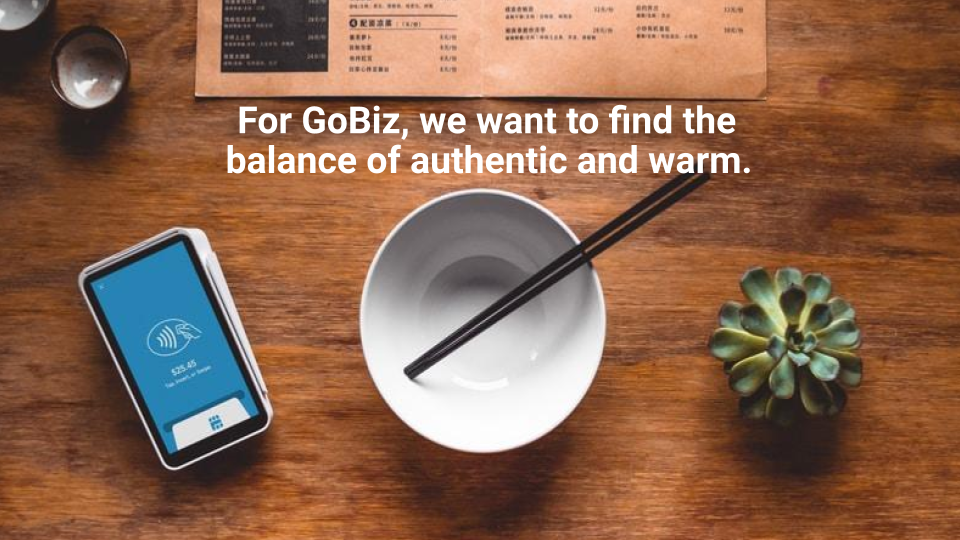 Six months after launching the new brand at the start of 2020, it was announced that Facebook and PayPal had both invested in the company, as GoBiz and Gojek continue their ascent as a technology powerhouse.